Voting – is it continual improvement? 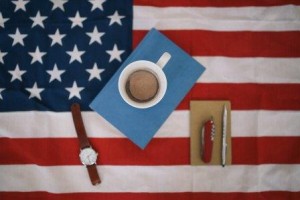 I can hear my mother Marge’s voice in my head, even now: “Mary, don’t just complain about something; DO something about it!”

[Is that why I became an environmental engineer – because I feel strongly that we all should take a little bit better care of Mother Earth than we do? Or was it my dad, who told me when I was choosing between engineering, religion, and music for a major in college, that “You’ll always study religion and music anyway, to relax and keep learning, on your own; so, go to school for engineering!”]

Elections are coming up here in the United States, and these elections promise to be some of the most exciting in recent history for us, as either candidate brings something new to the platform – either we will have the first African-American president, or the first female vice-president.

Emotions are also running high on this election.

Folks who I work with want to get into political discussions; people I meet in social settings ask me who I’m voting for; and even my kids want to know who I think should lead our nation in the future.

In work, I try to carefully state a neutral position and stick with it; with friends and family, I’ll discuss more personal views. (So, despite being really close friends with y’all, I’m going to stay neutral on this one, at least inside this blog.)

Among all this political fervor, I ask myself this question: Is voting our way of saying whether we want a change or not?

[Both candidates say that things will change; the differences come in what those changes may be and how they will affect segments of our population.]

And is this change a form of continual improvement, or is it simply change because we are mandated for a change every eight years?

If this IS a form of continual improvement, is this method effective?

But above all, DO something (as Marge would say).

VOTE if you have the opportunity. (I already have, courtesy of early voting.)

And if you didn’t vote, well, then don’t you DARE complain about anything for the next four years – no matter WHO wins.

I’m just not gonna have much sympathy for your position.