What is the RoHS2 Directive? 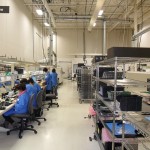 RoHS, and RoHS2, aims to minimize or eliminate the use of heavy metals and flame retardants used in the manufacture of electrical and electronic equipment.  This directive “encourages” manufacturers to substitute these heavy metals and flame retardants with safer substitutions.  The largest effect, by far, is the removal of lead from the standard lead/tin (Pb/Sn) solder, used in virtually all electronic manufacturing prior to 2002.  Since then, many organizations have moved to Pb-free manufacturing.

When an organization does both Pb and Pb-free soldering/manufacturing, they must ensure that there is no cross-contamination of parts as part of their registration.

RoHS2 Directive also phased out or eliminated many of the exemptions allowed in the original RoHS Directive; companies have until mid-2017 to comply with the new directives if they were previously exempt.

A helpful FAQ may be found here.