How One Mistake Snowballs into a Vendor Disaster

I recently received a call for a HUB (Historically Underutilized Business) vendor event in a nearby major city.

The invitation was NOT sent bcc: (blind copied); however, the body of the note did say to contact the sender at her_email@domain.com (anonymized to protect her!) if you would like to attend the event.

An innocent mistake gets compounded

The problem all started when one person wrote back, hitting “reply all” instead of replying to the email included in the body of the note, asking a question, and someone else quickly chimed in and said “Great question!  I’d like to be copied on the answer also”. 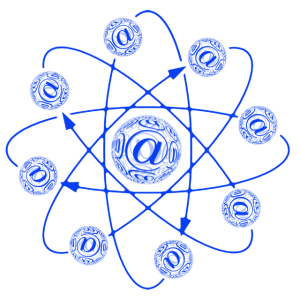 This resulted in getting no less than THIRTEEN (13!!) vendor replies, asking everyone to stop “replying all” as it’s cluttering up inboxes, all within the first 15 minutes.  (The final count of emails was much higher…. well over 50, and several pretty terse/irate.)  And I’m sitting here, wondering why I’m suddenly getting “out of office” notifications from people I’ve never heard of, in addition to inbox exploding with these email threads… as I was in a meeting and only seeing the little notification flags showing up every 3o seconds or so on my screen.

If you’re not part of the solution….

The guy who said “Great question!…” volleys back that it’s ‘polite’ to reply all if the note is sent to all… whereupon a bunch of people start telling him to REMOVE THEM from his replies!  Of course, they’re all copying all of us in their responses, which is further stuffing my inbox…

Throughout all of this, the poor initiator of the email is silent (making things MUCH worse).

The simple solution for vendor invitations

The sad part?  All of this could have been avoided, if the initiator had simply sent out a blind list – so even if you hit ‘reply all’, your message would only go back to the original sender.

Moral of the story?  Double check your settings before sending out a group email!